Dogs To Return To the People’s House
Votes

Dogs To Return To the People’s House 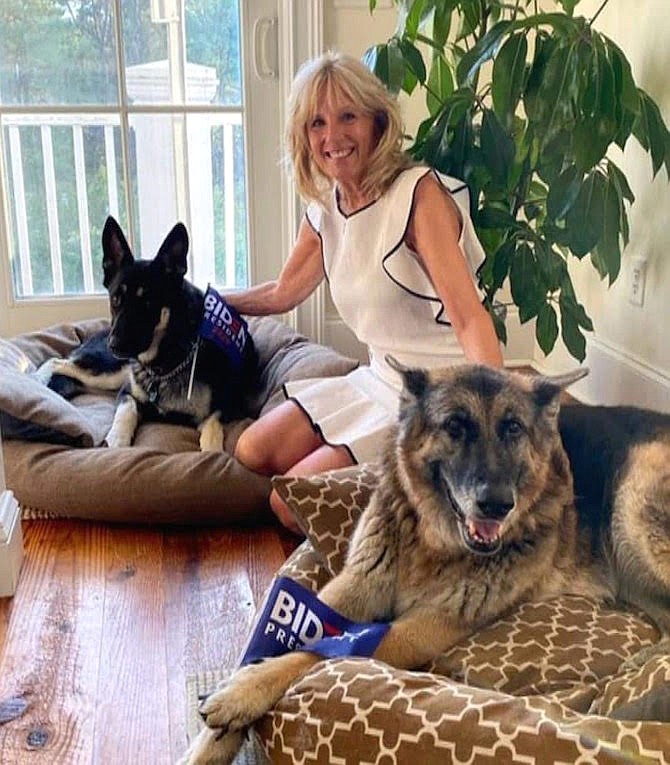 With the Biden presidential victory, an engaging tradition will be restored to the White House – occupancy by a pet dog. President-elect Joe Biden and Dr Jill Biden have two German Shepherds in their family: Champ and Major. Biden’s election will see Champ and Major elevated to the unofficial status of the nation’s first dogs. Champ has visited the White House in the past with Biden; Major has not. President Donald Trump will leave office, likely to become the first president in 120 years who has been without a dog during his entire term.

President’s dogs have been followed closely by the public for decades. George H.W. and Barbara Bush’s English Springer Spaniel, Millie, achieved celebrity status with her best selling book, which outsold both the President’s and the First Lady’s memoirs. Then came the Clinton’s Buddy, a Labrador; the Bush’s Barney and Miss Beasley, Scottish Terriers; followed by the Obama’s Bo and later Sunny, Portuguese Waterdogs. Popularity of those breeds increased with their presidential link; children wrote letters to them; and first dogs sent autographed pictures to constituents.

Most U.S. presidents, 30 of 45 presidents, starting with President George Washington, have had pets, including at least one dog. Our first president is well-known as the founder of the American Foxhound breed. They were among the 17 dogs of various breeds with Washington during his two terms.

The first dogs to physically reside in the White House came with its first occupants, John and Abigail Adams. They were mixed breed pups named Juno and Satan. Abraham Lincoln had two mixed breed dogs with him when he was elected, Jip and Fido. Only Jip accompanied him to Washington due to Fido’s health, but Lincoln left detailed instructions for beloved Fido’s care and comfort in Springfield. Fido has been a name linked to dogs ever since the public heard stories of Fido loyally following Lincoln in his travels around his home State of Illinois.

In 1901, Theodore Roosevelt’s menagerie of 40 pets made the White House home, including six dogs. Rollo, a St Bernard, and Blackjack, a Manchester Terrier, were favorites. In 1933, Franklin Roosevelt, like Biden, had a German Shepherd, Majora, one of 12 dogs; though his most well known was a Scottish Terrier, Fala.

Harry Truman didn’t want a dog and when gifted a puppy, he later gave it away, prompting thousands of letters from angry dog owners. Surprised by the response, Truman famously said, “If you want a friend in Washington, get a dog.”

After that, nearly every president has had at least one dog while in office. When Trump was asked why he was one of the exceptions, why he didn’t have a dog, he responded that “the idea seems phony” that he had no time for a dog, saying, “How would I look walking a dog on the White House lawn?”

Though Trump was reluctant to take on dog ownership, the Biden campaign perhaps recognized the public’s continuing love for presidential dogs. They organized the Barks for Biden event at the South Run Dog Park in Springfield on Saturday Oct. 31, just prior to election day. Both as a celebration of dogs and as a reminder to vote. Dog ownership may not be the thing about Biden that convinced people to vote for him, but one is reminded of the quote from W. Bruce Cameron: “You can usually tell that a man is good if he has a dog who loves him.”